The visitor can point a few ipads at the model on which information appears: the boundaries of the port area, the Western Schelde and the Gent-Terneuzen Canal, the ports / docks, roads, railway lines, nature and buffer areas, business parks, windmills, names of the cities and municipalities in and around the port area. In films, explanations are given about the entry of ships and the unloading, storage, reloading and further transport of goods. For example, one sees companies, ships and port infrastructure. A unique insight into the port area where normally you as a visitor are never allowed to enter.

The video wall shows images slowly progressing based on sounds from the port, which draw the visitor into the port. Numerous facts and figures are shown on the images: North Sea Port as a logistics hub in the center of Europe and as a multimodal port that is accessible by Barges, rail, road and pipeline. About the position of the port in the European top 10, figures on the area and size of the area and the added value. And, the main trading partners, the various types of goods and activities and 1,000 acres of space to develop. 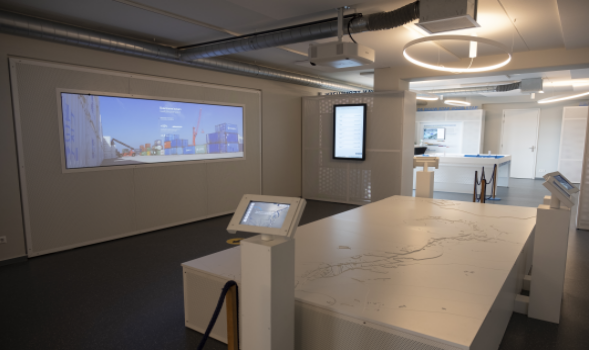 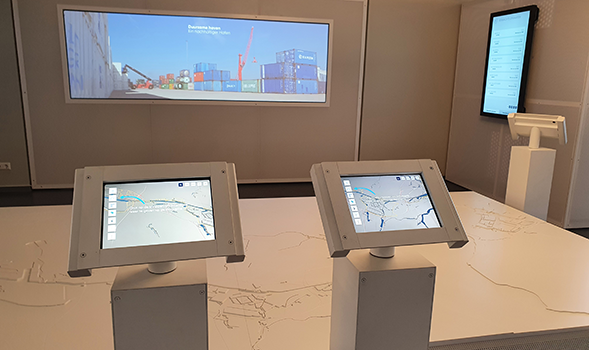 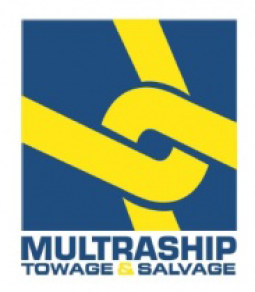 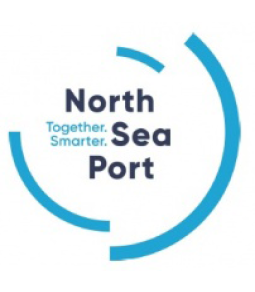 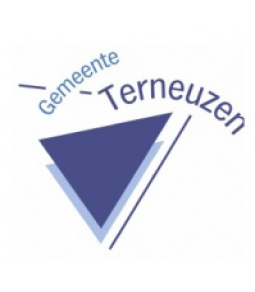 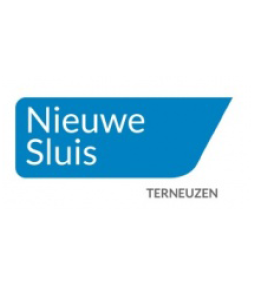